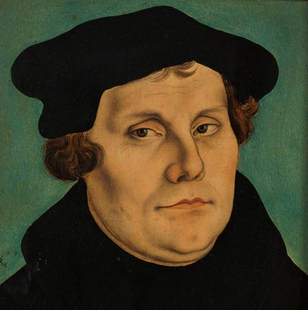 The platitude “Do not discuss religion or politics at the dinner table” is so ingrained into the American psyche that we rarely discuss religion in a serious manner. This hesitation is understandable given the current political and cultural climate. Whenever we do hear about religion, it’s usually in the unpalatable form of a Fox News diatribe against Muslims, or an aggressive attack on faith by Richard Dawkins. Perhaps in reaction to such tongue-lashing, respect for religion has been conflated with a fear of religion, or at least an unwillingness to discuss it. According to a Pew Research Center survey on religion in everyday life, roughly half of American adults rarely or never discuss religion outside their immediate family. Given that religion continues to play – for better or for worse – such a large cultural and political role, it is a shame that we relegate the conversation to the media’s all too often simplistic narrative. We owe much of what we take for granted in the modern world to questioning religious dogma and practices. So on the 500th anniversary of the Protestant reformation, it is worth examining how censuring and debating religion in the past resulted in profoundly positive changes.

When Martin Luther allegedly nailed his “Ninety-Five Theses” to the Wittenberg Castle Church, and unleashed the Protestant Reformation, he set forces in motion that would deeply undermine the hegemony of the Catholic Church. Aided by the recently invented Gutenberg press, Martin Luther’s indictments on the strict hierarchies and excesses of the church were quickly disseminated through Europe, leading to fierce theological debate. By responding thoughtfully, and at times forcefully, to the arguments that followed, Luther was able to tear down the walls of medieval Christendom by proposing a revolutionary egalitarianism. He believed in the “priesthood of all believers” – the radical notion that the laity and clergy are morally equal. He similarly condemned a legal system that did not prosecute bishops and priests just because they were connected to the church – a precursor to the principle of equality before the law. In response to these criticisms, the Catholic church initiated the counter-reform, becoming, wittingly or unwittingly, more humane and open as a result. The discussion and debate generated by Luther’s criticisms destabilized the papacy and unexpectedly encouraged the creation of churches under many new denominations. This religious pluralism slowly and grudgingly helped cement freedom of expression and religious difference as core principles, rather than necessary inconveniences. In turn, these core tenets ushered in greater tolerance, starting the road to constitutional democracy- particularly the American one.

The Reformation shows us why it is essential to critically examine religion.  As with someone that leads an unexamined life or a government that prohibits dissent, religions become corrupted and perverted when they section themselves off from criticism. We see this with religious extremists all over the world today – they promote a narrow, literalist and ungenerous interpretation of their faith that shuts down any competing narratives. And fundamentalists often use such interpretations to justify and promulgate hate, often couching their atrocious actions in the language of blasphemy and offense. Witness only the ethnic cleansing promoted by Christian extremists against the Muslim population in Srebrenica; or Jihadi Salafi groups, such as Al-Qaeda and ISIS, committing atrocities under the name of Islam; or, more recently, extremist Myanmar Buddhists ruthlessly expelling minority Rohingya Muslims; the list goes on. So clearly there is a link between violent and regressive behavior and religious fundamentalism, and therefore, like Luther, an obligation for practitioners and outsiders alike to critically engage in religion.

That being said, we must not extend criticisms against extremists within a religious group to damning condemnations of all practitioners. Such sweeping generalizations are unfair, untrue, and dangerous – we end up participating in and promoting the very same kind of bigotry and hate we claim to censure. When making a criticism against religious ideas, we must, therefore, first ask what we are reprimanding, and then examine our own motives more closely. Am I questioning a certain practice because it contradicts modern standards of morality and progress? Or is my criticism simply masquerading my own prejudice, ignorance and/or bias towards a group of people?

Unfortunately, the mediums through which we often debate – such as social media- discourage this kind of self-examination and nuance, and instead churn a constant state of agitation and anger in each of us. Rather than encourage a willingness to listen and understand other religious views and practices, social and mainstream media promote snap judgements, hostility, and aversion to ideas that are dissimilar or even contrary to our own. We lock ourselves in little Venn diagrams of truth, never intersecting with dissenting opinions or values.

There is something particularly awful about this. The internet is in many ways the modern day equivalent to Luther’s Gutenberg press, yet many often use it to spew vitriol and prejudice, rather than bolster thoughtful debate. Not only that, but religious fundamentalists frequently employ the internet as a tool to radicalize and recruit the vulnerable and disenfranchised. Something obviously needs to change. We cannot relegate the conversation to the most extreme voices in society, much less exclude it from our day to day conversations – this simply creates an echo chamber that generates a whole lot of noise, but no insight.

In short, like I did in the last couple of weeks, talk to your friends about religion – you might be pleasantly surprised by how much you will learn.