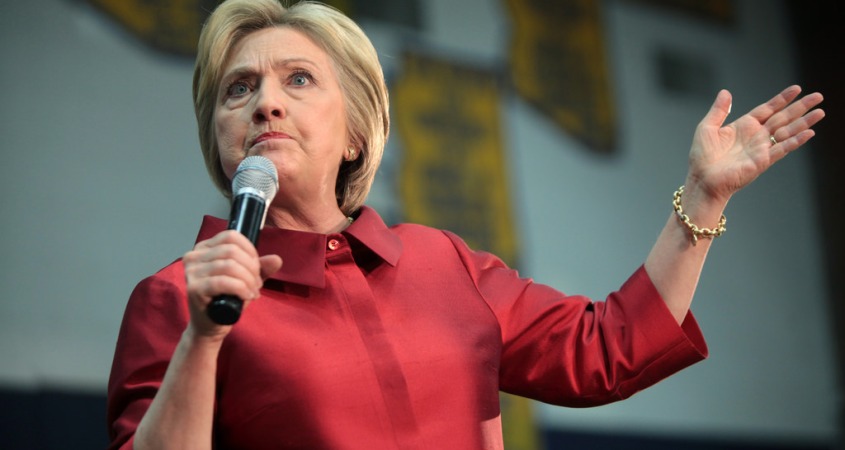 ‘What did Mahatma Gandhi think of black people?’ ‘The Gandhi None of us knew’ ‘The Real Karl Marx.’ ‘What did MLK think about gay people?’ A recent spate of articles has emerged across the liberal media – from the Washington post to the Huffington Post to the New York Times – tearing down the great saints of the historical left on the basis of their racist, sexist, and homophobic views. And it is indeed true that Gandhi et al. held troubling beliefs.

However, the liberal media has embarked on character assassinations rather than nuanced analysis, making such figures as Gandhi and Marx into human interest stories, intensely examining their personal lives through the prism of modern morality. In so doing, the important caveats about these figures have become the center of their lives as opposed to necessary addendums. These caveats have been made unassailable; once Martin Luther King is a homophobe, and Gandhi and Marx are racists, their broader biographies become meaningless. There is nothing wrong with good-faith critiques of past leftist leaders. But instead these figures have effectively been condemned to the scrap-heap of historical bigots.

This is profoundly shortsighted. In focusing so intensely on the personal lives of these canonical figures, we forget how controversial they were in their own time; Martin Luther King frequently faced rabid masses of angry whites, Lenin was chased across Europe in the lead-up to 1917, and Winston Churchill wrote in the margins of a report concerning the 1943 Bengal Famine which claimed four million lives, ‘why hasn’t Gandhi died yet?’ More than this, there existed good reasons for sanctifying these leaders in their time; the traditional left sought to radically overturn the status quo, and this project required saints who appeared able to singlehandedly rupture society and politics.

Returning to the current day, these various rejections of leftist leaders have laid the grounds for the very worst elements of modern liberalism. One utterance of that most distasteful liberal word – ‘problematic’ – and suddenly Gandhi or Marx’s thought and action becomes irrelevant, the most substantive parts of their lives collapsed into a bigoted caricature.

This simplistic rejection has led the liberal movement to see itself as the End of History. From the liberal perspective, all previous leftist leaders were to some extent morally bankrupt in their racism, sexism or homophobia. By consequence, liberals are uniquely morally enlightened. This has enabled an intense dogma and moral certitude, and so much has been noted by many within the activist communities themselves. As one viral blogger put it, ‘I self-police what I say in activist spaces. I stopped commenting on social media with questions or pushback on leftist opinions for fear of being called out… The amount of energy I spend demonstrating purity in order to stay in the good graces of a fast-moving activist community is enormous.’

On a broader scale, this moral certitude has led modern liberals to treat as heretics those who dare to counter the orthodoxy. This tendency surfaced when, recently, Chimamanda Ngozi Adichie proposed that there exist fundamental differences between Trans communities and women-by-birth. Adichie was accused of ‘gaslighting transgender people’ and perpetuating ‘cisgender hegemony.’ While there is no doubt that Adichie’s views may be seen as trans-exclusionary, the zealousness with which she has been attacked speaks to a movement that is unable to engage in tolerant or self-critical dialogue, a movement that is utterly convinced of its own moral truth. Alternatively, we must look no further than Hillary Clinton’s infamous ‘deplorables’ quip to illustrate liberalism’s self-righteous conviction.

This is damaging for the future of the liberal movement itself. Looking first to the individual scale, liberal activism requires a perfection and purity that no individual can possibly achieve. To quote Alexander Pope, ‘to err is human.’ Second, and more broadly, intelligent political action rests on a keen understanding of circumstance which in turn is entirely dependent on far-reaching debate. Instead, the liberal movement deifies ideas – anti-racism, anti-sexism etc. – when in fact it is precisely ideas that must be critiqued. This lack of political imagination is dangerous now more than ever; Hillary Clinton’s loss can be attributed to the weakness of liberalism’s core tenet of identity politics.

So far, however, we have skirted around the elephant in the room. Liberals present and view themselves as radical warriors for the cause of social justice, more progressive than past ‘reactionary’ figures such as Marx and Martin Luther King. And yet this obscures an essential truth: the liberal movement, at its core, is far from radical. Liberals have unwittingly become tied to the neo-liberal consensus which first emerged in the 1980s under the joint aegis of Margaret Thatcher and Ronald Reagan. Anti-racism, anti-sexism, and anti-homophobia are noble, important goals. But in no way is diversity anathema to laissez-faire economics. Indeed, the free market’s emphasis on fair competition and the free choice of individuals may be seen as explicitly opposed to discrimination. More African Americans becoming bankers is an important step forward, but is in no way radical challenge to the status quo. A truly radical movement in 2018 would fight against the principles of the Washington Consensus (which has somehow endured for nearly four decades), and seek to remedy the great social ills facing the Euro-American world – vast inequality, housing crises, poor provision of social welfare – through breaking from laissez-faire economics.

Liberals have thus resigned themselves to the neo-liberal status quo, and for this reason liberals will never be leftist or radical, regardless of how mercilessly they critique what came before them. And this is why the left must not abandon its great saints even as it recognizes their flawed, human nature. The Left has always defined itself as a project that seeks the fundamental transformation of the status quo, and the current status quo must be transformed. This transformative vision requires figures who are able to suspend our disbelief in a right-wing world that has only grown more conservative since the collapse of the Soviet Union. The Left needs its saints and Gods, figures who can persuade us that all that is solid, can indeed melt into air.

One thought on “What’s Happened to our Leftist Saints?”