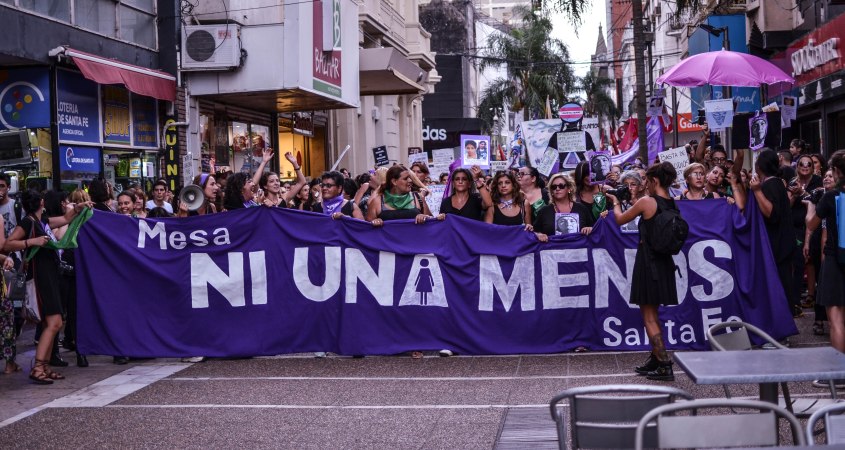 The first observation of a Women’s Day occurred in New York City in 1909. The Socialist Party of America and its Women’s National Committee planned the creation of a day honoring women and women’s labor. In an era where thousands of women toiled away in factories that constantly threatened injury or death, women and women’s labor were still often ignored in favor of the white industrial worker. Women’s Day hoped to change that. On February 28th (a Sunday, so working women could attend, and the original date of International Women’s Day), thousands of women and men united in the fight for suffrage and socialism attended various events and speeches across New York City, a rousing success for both movements.

By the following year, the idea of a Women’s Day spread internationally throughout the socialist movement. Most notably, in 1910, the Socialist Second International, a coalition of socialist parties and groups from across the world, met in Copenhagen and it was here that the first International Women’s Day was created. And it was created by socialist women. This initiative proved to be a great success: the following year on March 19th, over a million women and men attended events, speeches, and rallies across Europe to celebrate women and the fight for suffrage and socialism. By 1914, the date was finally formalized to March 8th, as it remains to this day. International Women’s Day was celebrated across the Western World to memorialize the fight for suffrage, socialism, and world peace.

It was on this date – March 8th – that the modern world would be changed forever in an attempt to break from the shackles of past oppression. On March 8th, 1917, thousands of Russian women took to the streets, protesting the First World War and demanding “food, bread and peace,” as the saying goes. These marches marked the start of the defining event of the 20th century: the Russian Revolution, an event of great ideals, change, and failure, that profoundly shaped the world in which we live in today. The role of women in the Revolution cannot be overstated: as revolutionary Alexandra Kollontai said in the aftermath of the February Revolution, “weren’t we women the first on the streets?” After the founding of the Soviet Union, Vladimir Lenin and Alexandra Kollontai made International Women’s Day a national holiday, paying homage back to the women who alone made radical change possible. Later, Kollontai would further found the Zhenotdel, a committee of the Soviet Government dedicated to bettering women’s health and the lives of women, a revolutionary concept for the era. While these reforms would be lost a few decades later, women in the early Soviet Union fought and gained rights never before seen in Russia or even the world through using International Women’s Day as a day of radical change.

It was only after 1975 that the celebration of International Women’s Day began to spread beyond socialism, finally reaching the shores of the capitalist world. This is the same capitalist world that now pretends to have invented it. The United National declared 1975 to be International Women’s Year – perhaps finally recognizing that every year prior had been a de facto International Men’s Year. After a series of conferences concerning the status of women (the United States demanded these conferences included men as well, claiming that nobody would be able to take a “ladies’ meeting” seriously) the U.N. adopted March 8th to celebrate women’s movements and world peace. Since then, over 100 countries worldwide have recognized International Women’s Day. 27, typically in the non-Western world such as Madagascar, Nepal, and Zambia, have even made it a state holiday.

For the first time in the United States, International Women’s Day became a widespread event, not just practiced by a radical few. The day has even been recognized by large corporations, leading to its rampant commodification. Today, for instance, certain McDonald’s across America inverted their classic yellow arches to a “W,” for women. A kind gesture and a decent PR stunt to be sure, this inversion fails to invert any actual inequalities – McDonald’s continues to pay its women workers a barely liveable wage, if that. Similarly, toy company Mattel has just announced a new series of Barbie dolls based off of “Inspiring Women” – a series including communist and Latinx icon Frida Kahlo. One could only imagine her disappointment in the use of her image, which is altered to noticeably minimize the presence of her iconic uni-brow and facial hair in favor of a more conventional and white attractiveness. Simply put, these corporations are trying to commodify social justice.

And yet, despite these attempts at commodification, the ideals of radical change for social good still ring true on International Women’s Day. Last year on International Women’s Day, Paro Internacional de Mujeres, or International Women’s Strike, called for a general strike of all women from wage and domestic labor – an attempt to show what the world would be like without the presence of women. In the United States, thousands attended rallies and strikes, donned in red clothing, the color of the strike and radical change. Globally, women in over 50 countries across the globe, from Argentina to Ireland, went on strike and celebrated women’s movements and the fight for gender and economic equality. Such strikes and protest have been a common occurrence on this date since its very start. This fight for liberation and equality is at the core of International Women’s Day. These core ideals continue today – the fight for radical change and social equality on this day has never been lost, merely covered up by those who would benefit from inequality.

Today, let us continue this legacy and recognize that economic or racial equality can never exist without gender equality. These movements are historically intertwined and remain so today. The history of women is the history of the world – without one, the other would not exist. The systems of oppression in the United States and across the globe are tied together, a network of hatred and violence. We cannot be free until all of us are free from entanglement. Let us use this day to not only reflect on history of oppression but also to imagine, like the founders of International Women’s Day before us, a path to a new society, a society of freedom and equality for all.