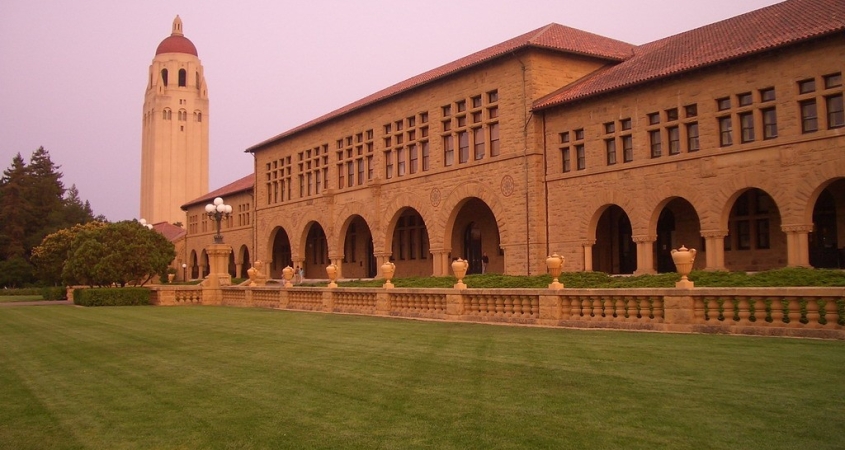 Fall quarter presents students with a dazzling array of courses in the humanities and social sciences (and even STEM). Your trusty friends at the Sphere have come up with ten of the most appealing classes on offer, from transnational sexualities to the European scramble for Africa, and inequality in the ancient world. We at the Sphere wish you a fantastic new academic year.

Francis Fukuyama is much too often crudely caricatured by those who have briefly glanced at his admittedly suspect ‘End of History’ thesis. This simple dismissal obfuscates the brilliance of perhaps the world’s most prominent public intellectual. In the decades since the ‘end of history,’ Fukuyama has undergone a series of almost violent transformations, briefly a neo-conservative under the Bush administration before now adopting an eclectic and fascinating array of positions. Put simply, if there is one professor at Stanford who you must take a course with, it is Francis Fukuyama. And yet, the sole course taught by Stanford’s most famous professor typically draws a small crowd of around a dozen undergraduates. At peer, more humanities focused, institutions, there would surely be a waitlist numbering hundreds.

Two members of the Sphere editorial board have taken POLISCI 114D, ‘Democracy, Development, and the Rule of Law,’ and both can attest to the fact that this is a truly singular course. Fukuyama explores the roots of human civilization from band-level organizations to the nation-state, and then – all in the space of ten weeks – penetrates the greatest modern political questions, from the strength of democratic institutions to identity politics. The must-take of the must-takes.

A new course in Stanford’s Feminist, Gender, and Sexuality Studies program, Femgen 136 is a much-needed attempt to de-center queer studies from America in Stanford’s course offerings, and a must-take for anyone looking to inquire into the intersection of decoloniality, gender, and sexuality. Professor Maxe Crandall, recognizing that the field of transnational sexuality studies is too broad and nuanced for a simple overview, has opted for a student-led seminar where student interests will determine the material studied. Professor Crandall’s courses are known for balancing theoretical readings with other media while drawing from students’ lived experiences, making his courses rigorous but accessible.

Economics as a discipline is simply anemic without a solid grounding in sociological theory, yet most undergraduate economics courses are embarrassingly lacking in contributions from sociological thinkers. The central argument of this popular lecture course, taught by a key pioneer of economic sociology, Mark Granovetter, is that economic theory suffers from the intellectual remnants of neoclassical theory, which damagingly suggests that the economy and society are utterly separate – much to the chagrin of sociologists, anthropologists and Marxists everywhere. With a refreshingly rigorous and diverse reading list covering a range of thinkers from Adam Smith and Milton Friedman to Karl Polanyi and Viviana Zelizer, SOC114 manages to both survey major developments in economic theory, and submerge students in the critical discussions that occur when sociological theories – of power, social networks and the functioning of social institutions – are applied to topics long-monopolized by economists.

Few people on campus are aware of the few, temporary-looking structures just beyond the engineering quad. But housed in these little huts is one of Stanford’s most interesting and important projects – the Martin Luther King institute, led by the wise and immense Claybourne Carson. Professor Carson has spent almost the entirety of his professional life publishing the King Papers, namely the definitive fourteen-volume collection of King’s most significant correspondence, sermons, speeches, published writings, and unpublished manuscripts. It is one of only a few large-scale research ventures in African American history. And this is a momentous year for the King institute, for Professor Carson is on the verge of retirement. This is therefore your very last chance to be led through the life and journey of Martin Luther King by the scholar most acquainted with America’s modern-day prophet. And what better guide than the softly-spoken and kind Carson?

WAYS: None as of now but may be petitioned for SI and ED

HISTORY 200C: Doing The History of Race and Ethnicity

Race matters. Looking in both American society and in the international world, the interlocking ideas of race, ethnicity, racism, and nationality have played a greater role in both the history and contemporary affairs of society than perhaps any other set of concepts. Yet the way we talk about race is frustratingly unclear and amorphous, allowing for the abuse and manipulation of racial dynamics by scammers and demagogues both on the right and in the world of corporate centrism. Now more than ever, an in-depth study of what race means and has meant historically is needed— fortunately, History 200C is exactly that study. Part of the history department’s new series focusing on the methodologies and ideologies of certain subgenres of historical research, the seminar explores the different ways racial and ethnic systems have shaped history and thought, from the anarchist hill groups of Southeast Asia to the ever-shifting dynamics of race in the Americas, from Mexico City to the American South, the area that Professor Kathryn Olivarius makes her specialty.

RELIGST 31: The Religious Life of Things

While we often think of religion purely within the realm of the ‘spiritual,’ religions all around the world have had an obsession with the material. From how people to dress to what they can eat, from the designs of their places of worship to their artwork adoring their most venerated figures, religion have invoked the power of material objects. In this course, the department chair of Stanford’s Religious Studies department, John Kieschnick, offers students a gateway into understanding religion in the materials it utilizes. RELIGST 31 offers students a pathway into understanding how religion functions and operates in the ‘things’ of its practitioners.

Most history students at Stanford know next to nothing about Africa—and no, taking a lecture course like the History of South Africa won’t cut it. A good seminar is about five times better than a good lecture, and History 238J is a great seminar. Steven Press doesn’t waste time: the reading list is excellent, and the seminar itself is the shortest three hours you’ll ever spend in a classroom. You’ll cover (in depth!) everything from the history of the Herero to the legal precedent set in Borneo that European powers abused to “justify” their African colonial ventures. The class focuses on South Africa, Namibia, and the Belgian Congo, but Press fits these specific instances of European colonialism into a story that’s continental in scope. The colonial history of Africa is weird, disturbing, and important, and you shouldn’t leave Stanford without knowing something about it.

As a fun(?) bonus, if you’re looking to read Gravity’s Rainbow in the near future, Steven Press is the authority on German South West Africa—which, surprisingly, is fairly central to the plot.

There is so much talk (alongside innumerable memes) about socialism at elite colleges, yet few are truly knowledgeable about the subject. This seminar provides students a unique opportunity to investigate the ethical considerations that surround socialism. This course is perfect for those who already have some background in Marxist literature, and wish to expand their knowledge of post-Marxist theory. Professor Maguire cares deeply about your learning and isn’t afraid to engage directly with his students.

It is not often that a left-wing publication recommends a Classics course, but ‘Ancient Inequalities’ is too spectacular a class to ignore. CLASSICS 393 stands out above all for featuring two of Stanford’s most prominent and interesting professors – Walter Scheidel and Ian Morris. Scheidel is perhaps best known for his highly relevant 2017 book The Great Leveler: Violence and the History of Inequality from the Stone Age to the Twenty-First Century. Meanwhile, Ian Morris, who is by trade both a historian and an archaeologist, has written on everything from the ancient world to the reasons for the West’s lead over the ‘rest.’ It is, however, important to note that Classics 393 is a graduate seminar and therefore should be approached with some caution.

STEM classes in general have acquired a certain and unpleasant reputation among those of the student body who are not mandated to take them for their majors. Unfortunately, this reputation is largely deserved— too many are overburdened with intensely technical information and tedious exercises that make no case for appealing to the lay student without a prior inclination for the subject. Bio 81— the first course of the Biology foundations series and an introduction to the science of Ecology, goes against that reputation in two ways. First, it concerns a topic of obvious interest to anyone with a commitment to the future of the planet— it’s hard to fight climate change and environmentally ruinous capitalism if you don’t know how the environment works. Second, it’s excellently taught, with Professors Erin Mordechai and Shripad Tuljapurkar opting for a more group and discussion based class rather than the normal tedious lectures.