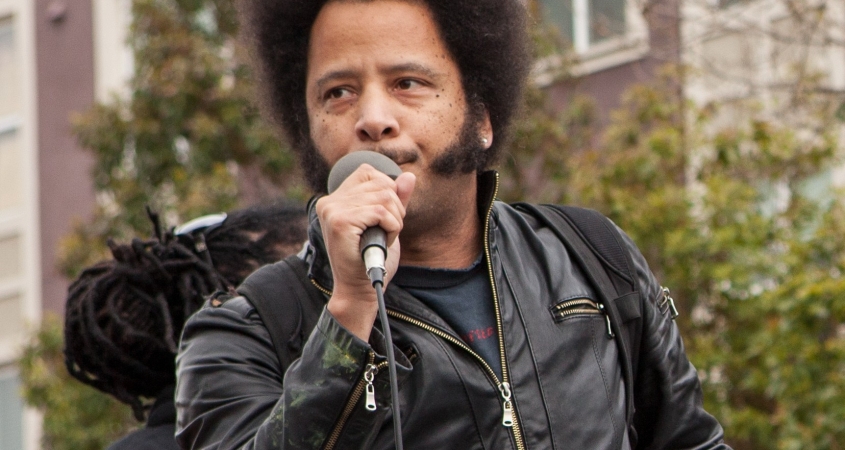 In the wake of the political upheaval of 2016, cultural critics predicted that the Trump presidency would, for all of its inevitable calamities, bring about a golden age for political art. They were wrong. Instead of a flowering of genius works of protest art, the past two years have brought a deluge of half-assed attempts at political commentary. We’ve seen enough faux-woke pop songs, prestige TV plots based around “Fake News”, and Oscar-bait that pontificates on “American Culture” over the last couple of years that even the biggest news junkie must be sick of art that tries to be topical — to be important.

It’s not just that the newest wave of political art is more concerned with delivering a message than being good art, or even that it includes political messages in only a perfunctory way. The problem with modern works of political art is that they have both of these problems at once: even as they try to critique modern politics they’re trapped within its norms and cultural structures— they wave at politics without ever engaging with what political change looks like.

Consider Katy Perry’s Witness, which the singer pitched as “Purposeful Pop” inspired by Trump’s election. That album’s lead single, “Chained to the Rhythm,” exemplifies the limp protest art of recent years. She mentions “white picket fences” and “bubbles” that we’re trapped in, but it feels phoned-in and non-specific — political art made out of a half-remembered sense of obligation rather than creative inspiration. And while “Chained to the Rhythm” may be political pop at its nadir, it shows the common thread bogging down contemporary protest art: if it took until 2016 to feel the need to make political art, your political art is unlikely to escape knee-jerk reactions to the moment and find any cogent point of critique for societal issues at large.

Of course, not all political art made since 2016 has been as dreary as Witness. In the world of music, artists in a wide range of genres have made protest records with a shocking clarity, from the utopian synth-pop of MUNA’s “I Know A Place” to angrier takes by acts as disparate as Philadelphia hard rock group Sheer Mag (sample song title: “Expect the Bayonet”) and Long Beach rap savant Vince Staples. Despite their disparate styles, what unites all the worthy protest art of the Trump era is that its message is not concerned with simply Trump, but the machinery that caused his rise — the American political and economic ecology as a whole, not just its worst excesses.

The artists making the most cogent critiques of the current political moment have been making protest art for a long time, or have been forced into inherently political existences in American society long before Trump. Their art is politically potent not just in its message but in its medium — it doesn’t sound like radio pop or look like standard prestige TV, and is less bound by the system it’s trying to critique. And in this moment, there is perhaps no work of political art more able to critique the system as a whole than Boots Riley’s Sorry to Bother You, a movie that is one of the most fascinating pieces of satire of not just the Trump era but neoliberal capitalist America itself.

It makes sense that Boots Riley is responsible for Sorry to Bother You — he’s been making political work just as insightful for decades as the ringleader of Oakland-based hip-hop group The Coup. The Coup’s music is hard to describe — its roots are in The Clash and Parliament-Funkadelic, but Boots Riley’s energy as a rapper is almost prophet-like, inspiring you to actually believe in whatever cause of justice he seeks. At their best, The Coup’s music was serious about politics without being serious about itself — where a band like Rage Against the Machine wielded the fury of the riot, The Coup was more like the party after you got away from the riot cops — joy and hope and righteous anger all wrapped into one.

Sorry For Bother You feels like the best of the Coup’s music extended and embodied in a feature length film. In short, Sorry to Bother You is a movie about Cassius Green, a Black man in Oakland (Atlanta’s Lakeith Stanfield) that rapidly ascends the hierarchy of a telemarketing firm using his “White Voice,” represented by a completely different actor voicing him in certain scenes. As Green rises through his corporate structure, he comes into conflict with an (Amazon analogue) startup called WorryFree that offers free housing and food in exchange for a lifetime of slavery. There’s more to it than that, but the interesting thing about Sorry to Bother You is that its most incisive political statement comes through not its plot (though Riley’s script skewers the intertwining evils of racism and capitalism more adroitly than most writers can do either) but instead in how it tells that story.

More than just being about subjects most American movies won’t touch (and even more rarely do well), it also looks and sounds like nothing else. Riley is a first time director, but that works to his benefit— the conventions of neither Hollywood nor Art House movies wouldn’t match what Sorry to Bother You is trying to do. Riley is trying to wake you up but bring you joy at the same time, and his debut film succeeds on the strength of his direction, which is disorienting and unexpected. To tell a story about people on the margins of society forced to debase themselves to survive under capitalism, Riley opts to treat his characters and world not with pity or shame but with a bracing hyper-realism, colorful in a way the world actually is but movies that claim to be “realistic” rarely are. In its tone and style, the movie is a true mirror of the moment it finds itself in that nevertheless feels like something brand new.

In capturing this tone, it makes its own political message clearer; its heightened, almost magical realist mood serves to make our own reality seem all the more strange and cruel. And though its release occurs in the Trump era, Sorry to Bother You was written in the Obama years — its targets are far broader and more deeply entrenched than just the headlines, and so its approach must cut deeper and put the world under an even starker, weirder light. Sorry to Bother You’s core political message is about the ridiculousness of the American system of racial capitalism as a whole, but it’s never a nihilistic film, in either plot or style. Instead, it is a movie brimming full with hope; hope not as the wishy-washy neoliberal replacement for actual meaningful change, but hope as the real and powerful notion that a better world is possible and that we can do better than just repeating the same old tired lies of the current system.

It doesn’t offer concrete policy or ideological solutions, but in its style and mood it achieves more than an entire festival’s worth of rote political movies that strive towards “importance,” and in doing so simply reify ruling dogma. These films (this summer’s BlacKKKlansman is a good example) use a self-serious tone to hide that they are deeply unserious about politics itself. For most of these works of political art, politics are just a backdrop for standard narrative workings. They refuse steadfastly to admit the possibility that there are worlds beyond the system they were made in, to actually engage in liberatory politics.

In turn, Sorry To Bother You is a vital and necessary work simply because it commits fully to existing beyond the world we live in. It’s a message in craft for any political organizer or artist— to actually make progress to the world you want, you must excavate the system underneath you and turn it inside out, building and articulating something new and strange rather than relying on the hollow criticisms of the old. The problem with protest art is not that its political demands “overshadow the art itself,” as Chapman, my colleague at the Sphere, claims. Instead, the problem with protest and political art is that far too many of those works hold their artistic and political ambitions as separate concerns when they should be intimately connected. To see the two as separate is to give up the fight before the battle has been pitched, to accede to the norms of the very structures that political art aims to critique. In simply realizing the need to fight its political and artistic battles in a unified voice, Sorry To Bother You is a victory in itself.