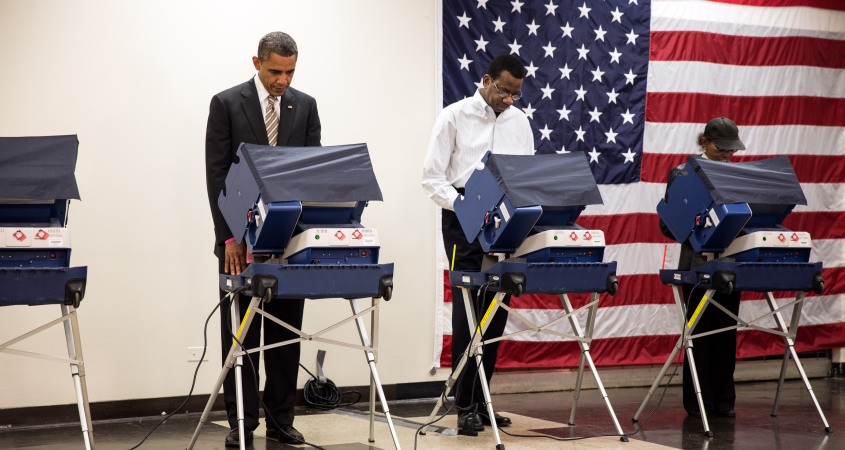 Western democracies haven’t had the best track record as of late. The United Kingdom shot itself in the foot by voting to withdraw from the European Union in 2016, which would’ve gone down as the year’s most egregious self-inflicted wound if the United States hadn’t outdone them three months later with the election of Donald Trump. Alternative für Deutschland, Front national and Partij voor de Vrijheid—right-wing populist parties, all of them—are as popular as they’ve ever been in Germany, France and the Netherlands. The global resurgence of far-right politics is profoundly disturbing, and it suggests that resentment, if not rage, is starting to appeal more to voters than reason. If these movements continue to gain ground, it might mean that democracy’s best days are behind it.

At least, that’s what Jason Brennan, a political philosopher and professor at Georgetown University, seems to think, explaining his discontents with democracy in his 2016 book Against Democracy. Instead, he advocates an idea he calls epistocracy: a system in which the right to vote is restricted to those who can, somehow, demonstrably prove that they are informed enough to vote responsibly. This is not a new idea; it dates back to ancient Greece, where Pythagoras envisioned a “city of the wise” roughly a century before Plato defined the word “noocracy,” as an “aristocracy of the wise.” It’s also not a good idea. Rather than promoting a more informed electorate, epistocracy can only lead to a more exclusionary, elitist form of government.

Before I dissect Brennan’s ideas, it’s worth unpacking them. In an op-ed for the Los Angeles Times, Brennan wrote that “the median voter is ignorant or misinformed […] because democracy gives us the wrong incentives.” Indeed, there’s almost more incentive not to vote than to vote. For a country that extols participation in democracy, the United States does not make it easy, often requiring voters to take time out of a work day to stand in line and fill out a ballot that will, realistically speaking, have virtually no chance of determining an election’s outcome. One might even say that voting isn’t worth the time it takes, and it takes even more time if you’re willing to research the candidates and / or issues beforehand. These factors contribute to what is called rational ignorance: the costs of developing an informed opinion likely outweigh the benefits of having one. In other words, it’s a compelling incentive not to make an informed vote, or not to vote at all.

Nonvoters and uninformed voters form two of Brennan’s three categories of citizens. There are “hobbits,” who have no interest in politics. There are “hooligans,” who are engaged voters but deeply partisan; they’ll start arguments with those they disagree with but have no intention of listening to the opposing side. The third category, “Vulcans,” think about politics scientifically and dispassionately, much like their namesake, forming rational, well-informed opinions. They’re adaptable to new information and can change their mind in response to convincing arguments. It shouldn’t come as a surprise that Vulcans are the rarest kind of voter. If Brennan had his way, they’d be the only kind of voter.

“Anyone or any deliberative body that exercises power over anyone else has an obligation to use that power in good faith, and has the obligation to use that power competently,” Brennan said in an interview this summer with Vox. “If they’re not […] that’s a claim against them having any kind of authority or any kind of legitimacy.” Voting is an exercising of power, and if voters are not going to use that power competently, then perhaps they should not have that power. So it makes sense that Brennan’s ideal electorate is one that votes purely on the basis of logic and reason, forsaking any sort of partisan animus in favor of making the decision that’s best for the country.

Even though I wouldn’t learn its name until this summer, the concept of epistocracy would have certainly been on my mind in the months after Trump’s election. I saw Trump voters, for the most part, as either too vindictive to use their vote in good faith (i.e. chants of “build the wall” and “lock her up”) or too ignorant to cast an informed vote (i.e. belief in conspiracy theories about Barack Obama and Hillary Clinton), if not both (i.e. contempt for mainstream media outlets and “fake news”). But there was no justification for the disenfranchisement of millions of people because I disagreed with how they voted. In its current state, democracy is a bitterly divided and partisan form of government, and uninformed and spiteful voters are to blame; on that, I agree with Brennan. What I disagree with is the idea that epistocracy is the way to fix democracy.

If epistocracy is defined as a system where only informed people can vote, you must first define what an informed person is, and there’s no clear way to do that. In the Times op-ed, Brennan suggests—almost as an aside—that the American citizenship test could be used to determine one’s competence. But the civics questions on the citizenship test aren’t much more than basic facts about the U.S. government: the number of senators, the function of the Supreme Court, the names of the branches of government. If you know all three answers to the last question, congratulations—you’re among the quarter of Americans who can do so, which suggests that this definition of competence would disenfranchise a lot of people. More to the point, knowing these doesn’t make you a more informed voter. Using a citizenship test to determine if someone is an informed voter is like judging their ability to drive a car based on how well they can identify makes and models.

At first, college education might sound like a better way to determine who would be an informed voter, but it’s even worse than the previous option. Just about a third of Americans over the age of 25 have completed a bachelor’s degree or higher—an improvement until you consider the demographic breakdown of who has a bachelor’s degree. With respect to race, Black and Latinx Americans are less likely to have a college degree. Poverty and disability are also, unsurprisingly, hurdles to higher education. (Lack of access to higher education limits the ability of these already-disadvantaged groups to climb the social ladder, burdening future generations; affirmative action is an attempt to remedy this.) If this were to be our criteria for epistocracy, it would only augment the effects of racism, classism and ableism already in our democracy.

Race and class, in particular, already factor into why people don’t vote. More accurately, they are reverse-engineered into barriers that prevent people from voting. Voter ID laws require citizens to have photo ID if they want to cast a ballot. This is ostensibly an attempt to crack down on voter fraud, which is exceedingly rare; from 2000 to 2014, only 35 of the 834 million in-person votes were found to be fraudulent. However, it’s been proven that voter ID laws disproportionally affect Black, Latinx and poor voters, raising justified suspicion that this is the intended effect of such laws.

There’s historical precedent for this kind of disguised discrimination in the form of poll taxes and literacy tests. These were principally meant to outsmart the Fifteenth Amendment and disenfranchise Black voters after the Civil War, although they were a barrier to poor white voters as well, even with grandfather clauses. While poll taxes and literacy tests didn’t quite create an aristocracy or a meritocracy, but they created class-based systems in which the lowest classes—the least wealthy or the least educated—were stripped of the right to vote. Epistocracy would have a similar effect by becoming another barrier to these voters.

Voter ID laws, poll taxes and literacy tests were all employed by state legislatures that consisted predominantly (if not exclusively) of white men, and this underscores what is perhaps the fundamental flaw of an epistocratic system: Whoever gets to define what an informed voter is will have the power to shape the electorate. We see the same thing happening with redistricting and gerrymandering; the bodies that draw legislative districts are able to consolidate the opposing party’s voters in one district or scatter them across multiple districts, diminishing their impact. What’s to say that a body in charge of determining who’s informed enough to vote won’t similarly try to hinder the opposing party by declaring its voters too uninformed to vote?

Saying that epistocracy is undemocratic is ineffective criticism, precisely because epistocracy is not democracy. Nevertheless, an epistocratic United States would only amplify the flaws as the democratic United States; it would be a system with an even smaller and less diverse electorate relative to the population. It would widen the gulf between the haves and the have-nots, giving even more power to those privileged enough to fit the definition of “informed” while pushing Black, Latinx and poor voters even further to the margins. Critics of the president see his supporters as gullible, vindictive and uninformed, and claim his “Make America Great Again” slogan is a coded pledge to take America back to a time when only a select few had the power; ironically, epistocracy, the “rule of the informed,” would have the same effect.

This concludes the first part of a two-part essay. Come back tomorrow for the second part.